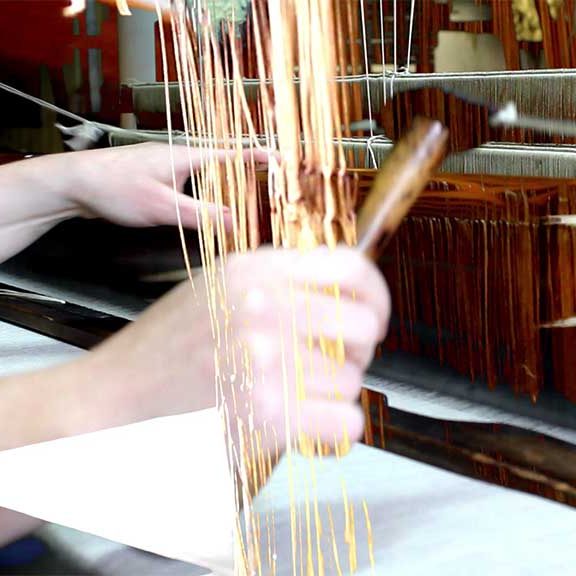 The Art and Science of Linen is a video artwork created by artists Anna Dumitriu, Alex May, and microbiologist Dr John Paul, with sound by Martin A. Smith.

It looks at the whole ecology of linen production from the bacteria used to break down the flax in retting tanks to the industrial production of linen and its cultural importance.

The video focusses strongly on textures of antique linen textiles, flax flowers, linen production methods (rural and industrial) and the beneficial microbes that help in its production and was strongly inspired by pioneering microbiologist Sergei Winogradsky’s text “Le Microbiologie du Sol”, specifically his chapter on “Le Rouissage du Lin” which describes the retting (rotting) process where flax fibres are separated from the plant stems using microbiological processes. Winogradsky isolated the beneficial bacterium – Clostridium pasteurianum – responsible for this process in 1893-95.

The piece Includes images and footage taken at The Irish Linen Centre and Lisburn Museum and McConville’s Flax Mill & Museum where these historical processes can be seen in operation.

1 thought on “The Art and Science of Linen”