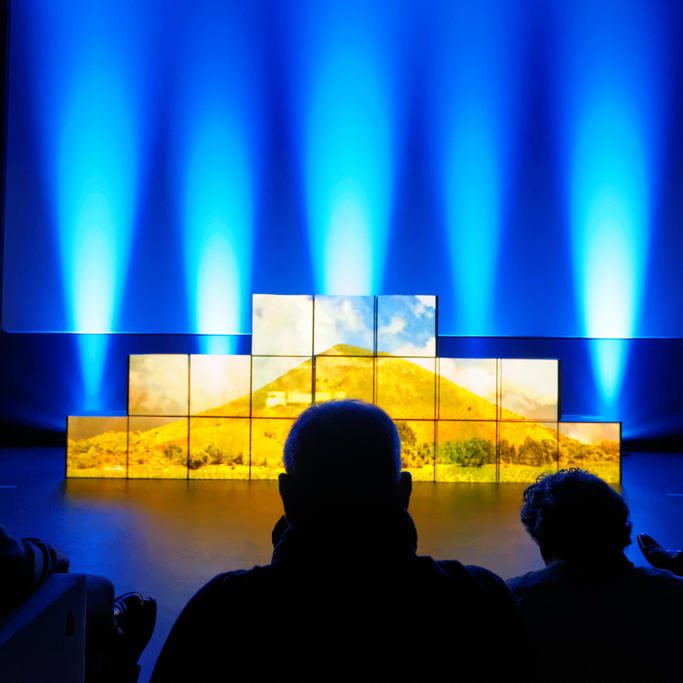 A live video mapped performance by artist Alex May, commissioned and supported by Décalab, for the opening of Serre Numérique – a new digital hub built in the northern French commune of Valenciennes.

The performance follows the history of the region through its industrial ages leading to it’s current incarnation as a center for digital technologies and education.

Each square of the video mapping is being projected onto a box that is moved into position by Alex to create an evolving stage that reflects the themes and structures of the video.

Due to the dark lighting conditions during the performance, it’s only possible to catch a glimpse of the boxes being moved at a few points during the video.

Music by Alex May