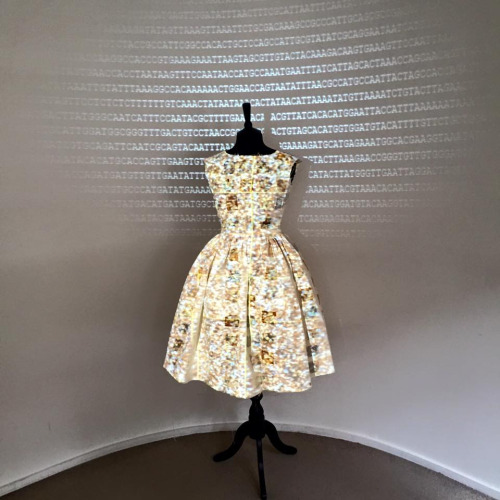 The Sequence Dress at EVA 2015

“Sequence” is a bio-digital project by artist Anna Dumitriu in collaboration with Alex May, the Modernising Medical Microbiology project at the University of Oxford, the University of Hertfordshire, Brighton & Sussex Medical School, and funded by Arts Council England.

The project involves the research, development, production and exhibition of a series of installations fusing leading edge digital technology with bacterial bioart, biohacking, traditional media and altered historical artefacts to artistically investigate the emerging technology of whole genome sequencing of bacteria and consider what it means to us personally, culturally and socially.

The project has been exhibited at:

Sequence was exhibited at Oxford’s Museum of the History of Science as part of British Science Week.